“A radio show about the Ramadan: this kind of show can only be beneficial.”

Belgium 2019, the perception of muslims in Belgium was at an all time low. The constant news reports that high profile Islamic terrorists, responsible for several attacks in Europe, had operated from Belgium, fueled a widespread fear and hatred towards muslims.

As a public broadcaster, Studio Brussel felt the need to bring some much needed perspective to the narrowmindedness. We did so in a way that fits the brand: through music.

Getting native Belgians and immigrants to find a common ground doesn’t just happen overnight. We didn’t just create a campaign, we created a full fledged radio show that aired every week during ramadan, starting at sundown (the iftar). We called it: Ramadamadingdong.

Its purpose was to bridge the gap between Belgian natives and the Belgians with foreign roots. It was hosted by 3 Belgian-born Moroccans with a humoristic and modern view on life. During the show they tackled taboo topics and invited famous Belgians to fast with them during the day and join them for ‘Iftar’ at sundown. They also answered questions from listeners and gave insight into the life of modern muslims.

The radio show proved how entertaining, enriching and important cultural diversity is. 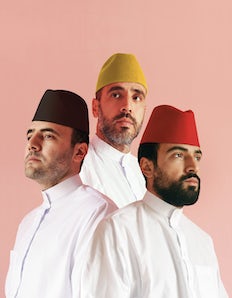 A muslim radioshow on a public broadcasting channel?

Yep. We knew the backlash on social media would be huge. The show was very polarizing to say the least. Right wing political parties demanded a public apology from VRT – the public broadcasting network that Studio Brussel is a part of. But the negativity also made the supporters ten times more vocal. Fighting against something is a much stronger human emotion than fighting for something. So, we used the haters to get the supporters of the cause out of their seats and make them just as vocal. As the ‘haters’ were fighting the idea of muslim-themed content on their radio station, we enabled our supporters to fight the hate. We ridiculed the most outlandish reactions we found online, created tools that helped you calculate how much it would cost to send all of the immigrants back to their countries and we even installed a complaint telephone number. And, it worked. Ramadamadingdong proved that there’s a huge desire for a multicultural society in Belgium. 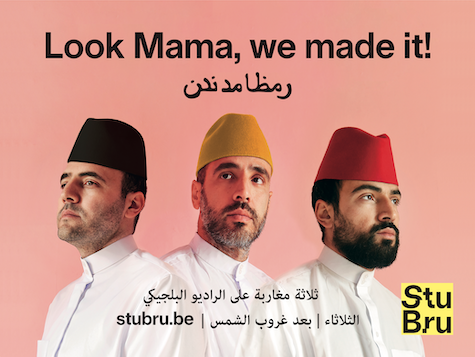